A bevy of Black History Month programs on PBS 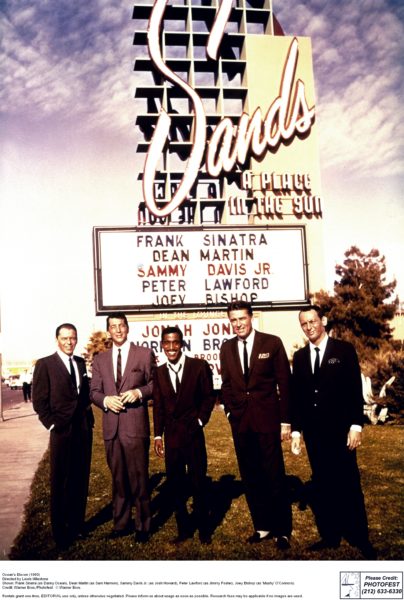 PBS has lined up a huge variety of shows about the black experience. Perspectives include the historical, contemporary, celebratory and contemplative.

First in line is Antiques Roadshow: Celebrating Black Americana on Monday, Feb. 4 at 8 p.m.
Here’s how the month stacks up:
Finding Your Roots with Henry Louis Gates Jr.: Freedom Tales on Tuesday, Feb. 5 at 8 p.m.
Host Gates delves deep into the roots of two African-American guests, actor S. Epatha Merkerson and athlete and television personality Michael Strahan. Both discover unexpected stories that challenge assumptions about black history.
Live From Lincoln Center: Pipeline on Friday, Feb. 8 at 9 p.m.
Meet Nya, an inner-city teacher desperate to save her son, in Dominique Morisseau’s riveting and critically acclaimed new play. When her son gets in trouble at school, Nya must confront his rage and her choices, and try to reach him before he gets pulled away forever.
Independent Lens: Black Memorabilia on Sunday, Feb. 10 at 11 p.m.
From the South to Brooklyn to China, meet the people who reproduce, consume and reclaim black memorabilia, racially charged objects often wrapped in the protective embrace of antiquity and historical preservation.
An Evening with Ken Chenault on Monday, Feb. 11 at midnight
Sportscaster James Brown guides Chenault through his early professional years as a lawyer and consultant into his nearly 40-year career at American Express.
Independent Lens: Hale County This Morning, This Evening on Sunday, Feb. 17 at 11 p.m.
Composed of intimate and unencumbered moments in the lives of people in the community of Hale County, Ala., this documentary offers a richly detailed glimpse at life in America’s Black Belt, simultaneously celebrating its beauty and bearing witness to the consequences of the social construction of race.
Backs Against the Wall: The Howard Thurman Story on Monday, Feb. 18 at 12:30 a.m.
Learn about the extraordinary life of theologian Howard Thurman, a poet and “mystic” who used religious expression to help ignite sweeping social change. Thurman was born the grandson of slaves in segregated Daytona, Fla. Despite the circumstances of his upbringing, he went on to become one of the great spiritual and religious pioneers of the 20th century.
POV: Minding the Gap on Monday, Feb. 18 at 10 p.m.
Meet three young men who bond together to escape volatile families in their Rust Belt hometown. As they face adult responsibilities, unexpected revelations threaten their decade-long friendship.
American Masters: Sammy Davis Jr., “I’ve Gotta Be Me” on Tuesday, Feb. 19 at 9 p.m.
Explore the entertainer’s vast talent and journey for identity through the shifting tides of civil rights and racial progress during 20th century America. Features new interviews with Billy Crystal, Norman Lear, Jerry Lewis, Whoopi Goldberg and Kim Novak, and clips from Davis’ TV, film and concert performances.
American Masters: Charley Pride, “I’m Just Me” on Friday, Feb. 22 at 9 p.m.
Explore the complicated history of the American South and its music through the life of country star Charley Pride. Raised in segregated Mississippi, his journey shows the ways that artistic expression can triumph over prejudice and injustice.
Redeeming Uncle Tom: The Josiah Henson Story on Monday, Feb. 25 at midnight
Discover the story of Josiah Henson (voiced by actor Danny Glover), the real-life inspiration for Uncle Tom in Harriet Beecher Stowe’s classic 1852 novel, which has been recognized as one of the sparks that ignited the Civil War.
Roads to Memphis on Tuesday, Feb. 26 at 9 p.m.
Examine the entwined stories of assassin James Earl Ray and his target, Dr. Martin Luther King Jr.