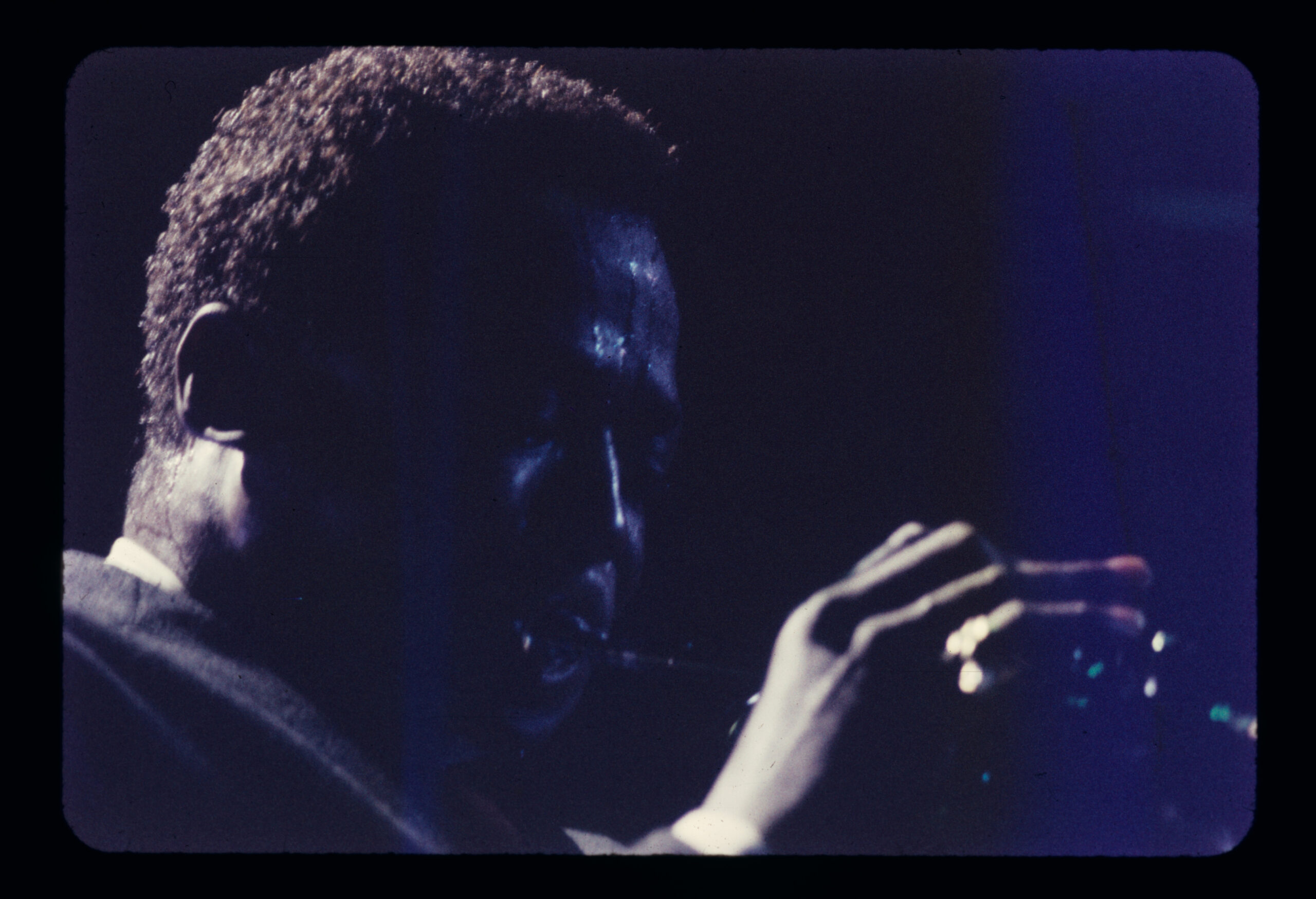 You, however, are invited to catch a sneak preview on Tuesday, February 18 at 6pm at the U.Tobe Recital Hall in the Music Building
on the campus of Florida Gulf Coast University, with the thrilling opportunity to also
watch and hear the beloved FGCU Jazz Combo perform
compositions from the innovative and influential artist.

Light snacks and beverages will be available.
This event is free, but you must RSVP.

If you need assistance due to a disability, please contact us within 24 hours of registering for this event at 239-590-2329 or by e-mail at memberservices@wgcu.org.

MORE ABOUT THE DOCUMENTARY 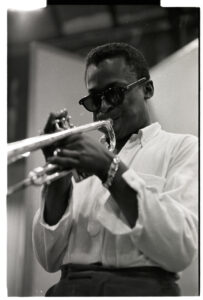 A visionary known for his restless aesthetic, Davis is widely regarded as one of the most innovative, influential and respected figures in music. With full access to the Miles Davis Estate, the film features never-before-seen footage, including studio outtakes from his recording sessions, rare photos and new interviews. Quincy Jones, Carlos Santana, Clive Davis, Wayne Shorter, Davis’s son Erin Davis and nephew Vince Wilburn, bassist and Davis collaborator Marcus Miller, and Ron Carter are just a few of the luminaries weighing in on the life and career of the cultural icon.

American Masters — Miles Davis: Birth of the Cool takes a hard look at the mythology that surrounds the legend. “The story of Miles Davis — who he was as a man and artist — has often been told as the tale of a drug-addled genius,” said Nelson. “You rarely see a portrait of a man that worked hard at honing his craft, a man who deeply studied all forms of music, from Baroque to classical Indian. An elegant man who could render ballads with such tenderness yet hold rage in his heart from the racism he faced throughout his life. He could be romantic and pursue women relentlessly, yet treat them with cruelty upon winning them over. He could be extremely generous, yet rescind that generosity on a whim.”

The documentary delves into the six-decade career of the musical genius: from his days as a Juilliard student to the development of his signature sound on recordings with his famous quintet, from his collaborations with Gil Evans to his shifts to new musical paradigms in the 70s and 80s. As the film tracks Davis’s boundary-breaking musical triumphs, the meanderings of his complicated personal life are told with intimate reflections from those closest to him. Previously unseen footage and a soundtrack full of Davis’s music are complemented by new interviews with friends, fellow musicians, collaborators and scholars to create a full portrait of the complex man. The film, which premiered at the Sundance Film Festival and had a successful limited theatrical run, tells the story of a truly singular talent and unpacks the man behind the horn.

MORE ABOUT FGCU BOWER SCHOOL OF MUSIC & THE ARTS

Host to more than 150 local and visiting arts events each year, the Bower School serves as the hub of campus cultural life while preparing students to excel as professionals in the arts and related fields. The Bower School collaborates with other academic disciplines through its innovative programs such as the Crossroads of Art and Science Residency. LEARN MORE