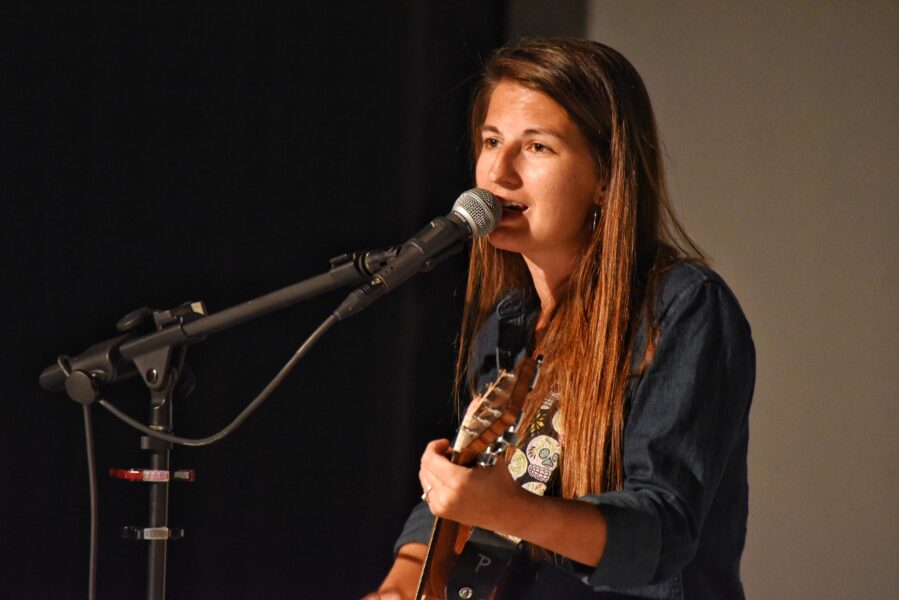 Brook was a competitor on season 12 of NBC’s “The Voice” in 2017, and has played in the WGCU studio before for the FM show “Gulf Coast Live.”

She opened the preview with a set that included two of her own songs, including “Dogs are Better than People,” a heartwarming and funny tune about the undying loyalty of human’s best friend, and “Voodoo,” a song from her first album, followed by an  acoustic rendition of Dolly Parton’s “Jolene.”

“Country music tends to tell a story and there is something very special about that,” said Brook between her songs.

After Brook’s performance, the audience got to view selections from Ken Burns’ eight-part documentary. The highly detailed piece explores the origins and evolution of country music up to the 1990s, digging deep into the heart and hardships that created the iconic American sound. It features performances, interviews, and stories from artists such as Willie Nelson, Brenda Lee, Garth Brooks, Merle Haggard, Dolly Parton, Hank Williams and many others.