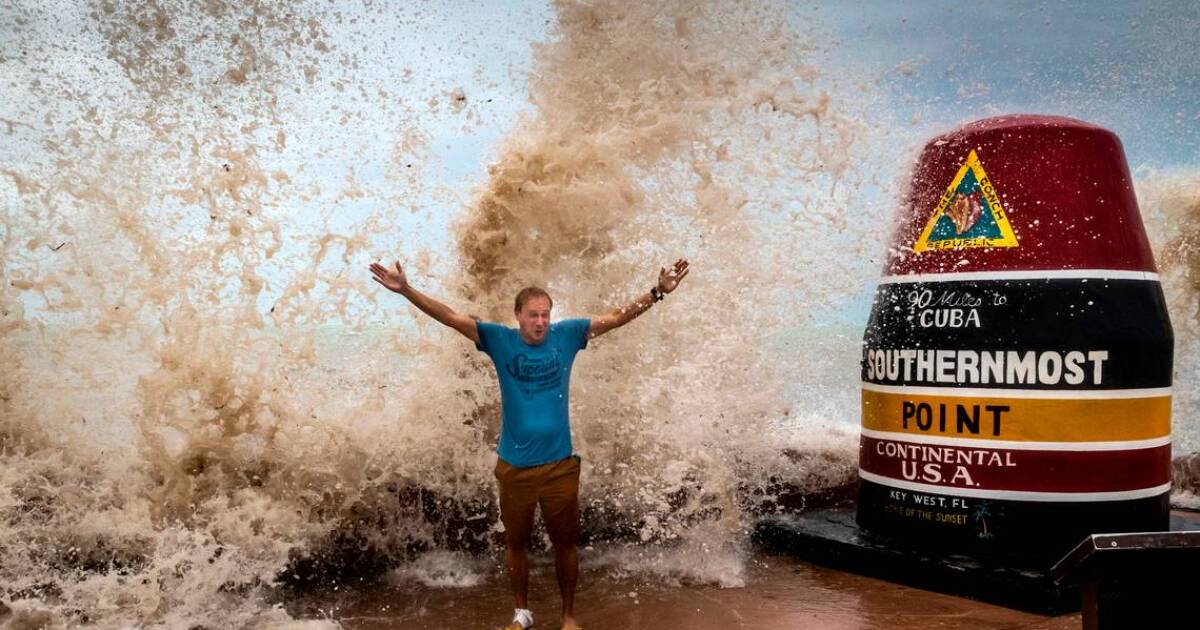 South Florida has always been hot, rainy and vulnerable to hurricanes. So it’s understandable that some longtime residents remain skeptical that climate change is doing anything to make the region’s age-old problems any worse.

In fact, scientists can now go a step further and show that specific weather disasters were more likely or more damaging because we live in a hotter climate. At the meeting, scientists presented case studies of heat waves, droughts, and extreme rainfall events that were influenced by climate change over the past two years in the U.S., South Korea, China and other countries. A collection of these studies was also published Monday in a special report from the Bulletin of the American Meteorological Society.

“Oftentimes extreme events are the face of climate change,” said Stephanie Herring, a climate scientist at NOAA’s National Centers for Environmental Information and one of the editors of the report. “We may not notice in our day-to-day lives a small change in global average temperature, but those small changes in global average temperature have huge impacts on … the frequency and intensity of these extreme events.”

A study published in the wake of Hurricane Ian’s destructive romp across Florida, for example, claimed that the storm produced 10% more rain than it would have in a world without climate change. Sea level rise helped Hurricane Irma flood 35,000 extra Florida homes, according to another study published in 2018.

The first paper to make an argument about the impact of climate change on a specific disaster examined a heat wave that gripped Europe in the summer of 2003, killing at least 30,000 people. The study, published a year later in the top scientific journal Nature, claimed that the probability of such a heat wave had doubled because of climate change. It was the first paper in the field of “attribution science,” which aims to determine how climate change made specific disasters more likely or more severe.

“As we look back on the 20th anniversary of this field, one of the things that has become abundantly clear is that the discussion over whether climate change impacts extreme events is over,” said Herring. It does, she said, “and that debate, in our minds, has been closed.”

For heat waves, the science is especially straightforward: A hotter climate leads to more extreme heat. Researchers were able to show that a 2021 heat wave in South Korea, which brought on two weeks of summer weather in mid-October, would have been “effectively impossible” without climate change, according to Texas state climatologist John Nielsen-Gammon, one of the editors of the American Meteorological Society’s special report.

Miami-Dade County has also seen extremely hot days become more common: In the 1960s, the county got about 85 days a year where the temperature rose above 90 degrees. Now it’s about 133 days a year, and that number is expected to rise to 187 days a year by mid-century.

For hurricanes, the science is fuzzier. Researchers believe a hotter climate will create fewer, but more powerful, hurricanes. They also predict these storms will produce more rain and become more likely to rapidly intensify before making landfall.

But, because we only see a few hurricanes per year, and because we’ve only been tracking hurricanes via satellite since the 1970s, scientists don’t have much data to work with. By contrast, humans have been recording heat measurements every day for centuries. So we’ll be waiting for years before scientists can pinpoint the impact of climate change on hurricanes as accurately as they can for heat waves.

Attribution science has already come a long way, though.

“This has been a field that has just changed dramatically over time,” said Herring. “We used to say, ‘Well, you can never attribute a single event to climate change.’ And now we do. We had that time period where we said, ‘Someday in the future, we will see events that were only possible because of greenhouse gases.’ That day came and went five years ago.”

As the science continues to improve, Herring said, we’ll get a clearer picture of how climate change is turbocharging extreme weather — and what we can do to prepare and adapt.

This climate report is funded in part by a collaboration of private donors, Florida International University and the Knight Foundation. The Miami Herald retains editorial control of all content.
Copyright 2023 WLRN 91.3 FM.

WGCU is your trusted source for news and information in Southwest Florida. We are a nonprofit public service, and your support is more critical than ever. Keep public media strong and donate now. Thank you.

Send us an email