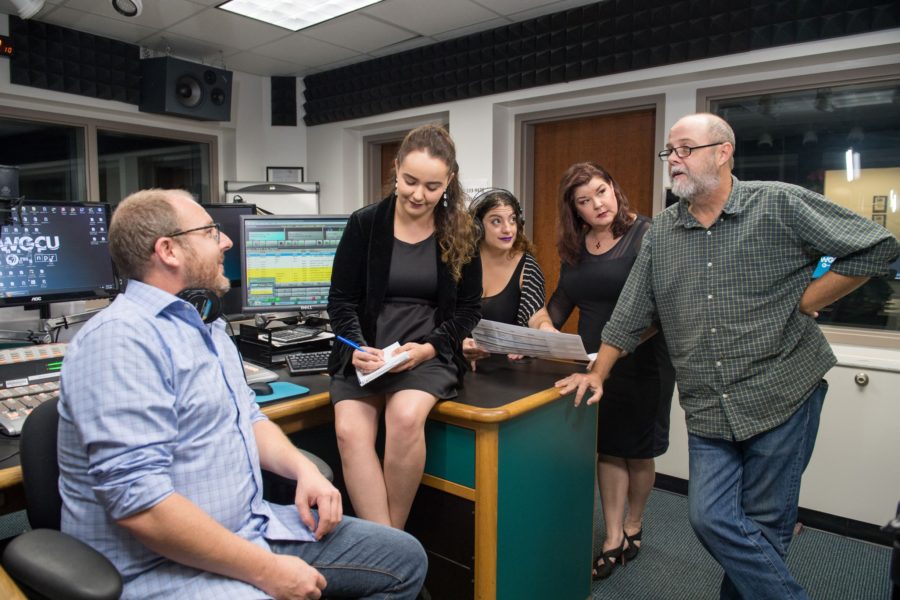 WGCU news staff recently won national awards for reports about text messages exchanged during the Parkland shooting, how local kids get help with grief, and Southwest Florida’s struggles with red tide and blue-green algae in the waterways.

“MSD Alumna Texted with Friend in Room with Shooter” was reported by Rachel Iacovone on Feb. 14, 2018, the day of the tragic shootings in Parkland, Florida.

“Valerie’s House: Helping Kids After Loss” was a June 26, 2018 report by Mike Kiniry and Julie Glenn. Including an interview with Valerie’s House founder Angela Melvin, the program also featured a father of two young children whose wife died from an opioid overdose and a 15-year-old who lost her sister in the same way.

And in the student competition, WGCU intern Sarajane Sullivan won second place for a June 26, 2018 report titled “Activists Meet Peers Who Inspired Them.”

The awards were given at PRNDI’s annual awards banquet in mid-June at the Grand Hyatt in Washington, D.C. NPR’s Lulu Garcia-Navarro served as emcee for the individual station awards for the various category winners.

The banquet marked the last event for PRNDI: The organization changed its name after that to the Public Media Journalists Association.