Keeping WGCU strong requires not only a dedicated staff but also some very loyal volunteers.

Contributing in a big way to that total are Ron and Priscilla “Pete” Tougas.

The couple is now based in Naples, although you could say that they are at home in the world. Retired teachers, they live by the quality that is characteristic of so many PBS and NPR supporters: They are lifelong learners.

After retiring from their full-time jobs in 2003, they became fully engaged as volunteers in the Naples area. Not only did they work for WGCU’s benefit, they put in hours with several other area nonprofits. “We kept busy, in other words,” Ron Tougas said recently.

They met while teaching in Japan, and continued for the next several decades as a married couple filling up their passports teaching all over the world … Switzerland, Kenya, Saudi Arabia … and finally “home” to the United States. Ron Tougas was born in Canada, so there was citizenship to acquire.

That hurdle past, they both earned master’s degrees, and Pete went on to earn a doctorate. And then began volunteering in earnest.

“Being teachers, we were generally in that kind of mode, with that kind of personality, so it was natural for us to be volunteering,” Ron Tougas said.  They have done so for 15 years.

They are just two of the 104 generous volunteers on WGCU’s roster. The lot of them come from  Port Charlotte, Naples, Fort Myers, Estero, Bonita Springs, Cape Coral and Sanibel, said WGCU’s Outreach Coordinator Anne Stavely. “We literally couldn’t do without them,” she said.

April is volunteer month and the WGCU staff wants them all to know how much they are appreciated.

If you are interested in volunteering for WGCU, fill out the form here. With any questions, call Anne Stavely at 239-590-2329 or email her. 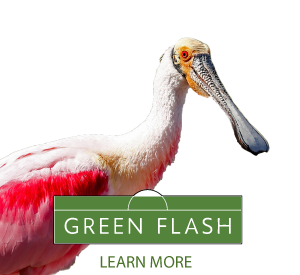