When the big top was the best entertainment in town 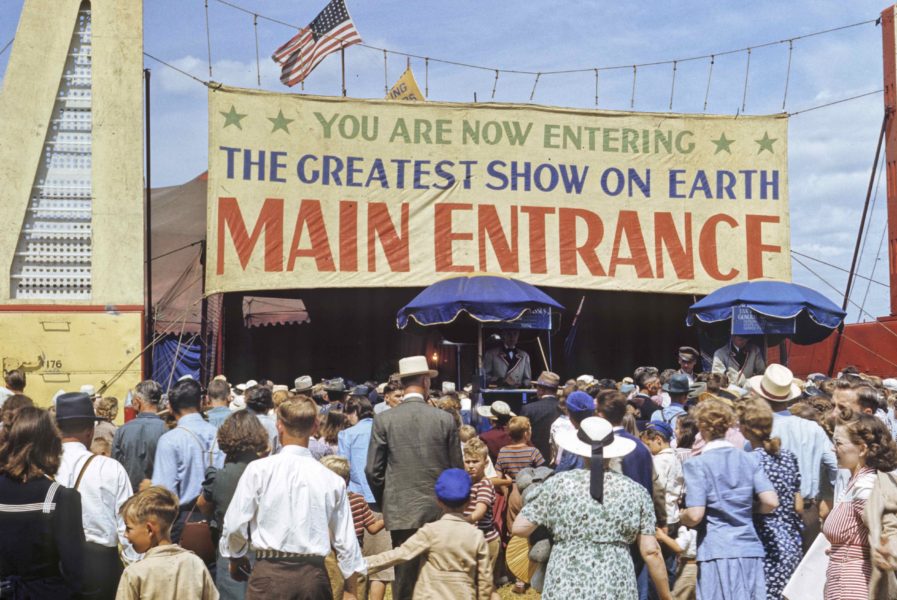 Few forms of entertainment have pushed American society’s boundaries like the circus.
A two-part, four-hour American Experience feature on “The Circus” traces its origin in the late 1700s to 1956, when the Ringling Bros. and Barnum and Bailey big top came down for the last time.
During this heyday, men and women could escape the traditional roles they were expected to play. The circus was a place for human reinvention, where young women could become lion tamers and young men traveled the world as roustabouts, finding inclusion in a community in which they were accepted.
It was also a place for outcasts of society – then ordinarily called “freaks” – to find kinship and a way to make an income.
Drawing upon a vast and richly visual archive, and featuring a host of performers, historians and aficionados, “The Circus” brings to life an era when Circus Day would shut down a town, its stars were among the most famous people in the country, and multitudes gathered to see the improbable and the impossible, the exotic and the spectacular.
“There’s nothing in the world like a circus,” said ringmaster Johnathan Lee Iverson. “You cannot come to a circus and still believe as you previously did. Circus is a peek into what we could be, how great we could be, how beautiful our world could be. It’s about making your own miracles, conjuring your own miracles. We’re coming for the transcendent.”
Through the intertwined stories of several of the most innovative and influential impresarios of the late 19th century, including P.T. Barnum, James Bailey and the five Ringling Brothers, the series reveals the circus as a phenomenon created by a rapidly expanding and increasingly industrialized nation. It explores how its “dangerous” and “exotic” attractions revealed the country’s notions about race and Western dominance, and shows how the circus subverted prevailing standards of what was respectable.
Tune in to WGCU HD on Monday, Oct. 8 and Tuesday, Oct. 9 at 9 p.m. for the premiere.